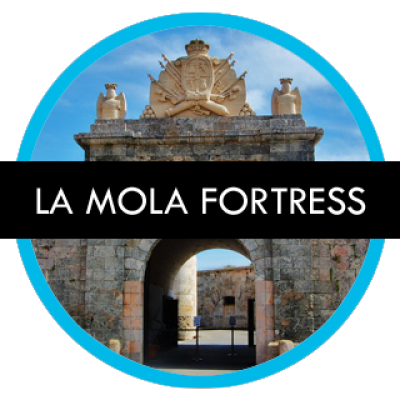 City Gay Tours offers the possibility to visit The fortress of Isabel II or known by locals as La Mola Fortress in Mahon, Menorca.

La Mola fortress is one of the major and more unknown European fortresses built in the 19th Century. Of magnificent design and with perfectly conserved walls , the fort leaves no one indifferent, one feels obliged to admire its architectural values.

The setting in which the fortress was built is one of the fort’s main values. La Mola peninsula, located in Mahon Harbour mouth, on the East of the isle of Minorca, the most Easterly point of Spanish territory, offers magnificent views of Mahon Harbour and the island’s coastline.

Visiting on a Buggy

Fill in this form with your prefered date. We can not guarantee this availability but we will do as much as we can to achieve it.

This website uses cookies to improve your experience while you navigate through the website. Out of these, the cookies that are categorized as necessary are stored on your browser as they are essential for the working of basic functionalities of the website. We also use third-party cookies that help us analyze and understand how you use this website. These cookies will be stored in your browser only with your consent. You also have the option to opt-out of these cookies. But opting out of some of these cookies may affect your browsing experience.
Necessary Always Enabled

Any cookies that may not be particularly necessary for the website to function and is used specifically to collect user personal data via analytics, ads, other embedded contents are termed as non-necessary cookies. It is mandatory to procure user consent prior to running these cookies on your website.